Drugs of one kind or another, are the mainstay of modern veterinary medicine.

Used judiciously, they can be highly effective at supporting health, and in some cases may even be life-saving.

It's important however, to always bear in mind that most medications have side effects which can cause problems - especially in sensitive pets.

Antibiotics for example, damage the gut microbiome, and this in turn can adversely affect digestion, immune function, skin condition, mood and behaviour.

Anti-inflammatories suppress the immune system, reducing its ability to fend off infections and police the body for cancerous cells.

Anticonvulsants may cause anxiety, lethargy, agitation and nervous system dysfunction.

Where medication is used only when really necessary, and for short periods, the risk of drug related ill-effects is minimised.

When they are given long term however - which is often the case for chronic diseases such as IBD, itching and inflammation of the skin, seizures and other conditions - a strain is placed on the liver, as it works hard to break down and eliminate from the body, a constant stream of drugs.

And the longer this continues, the higher the risk that liver damage will occur - especially if the pharmaceuticals concerned are known to be hepatotoxic (examples of such drugs are listed below). This typically shows up on blood tests as raised liver enzymes. 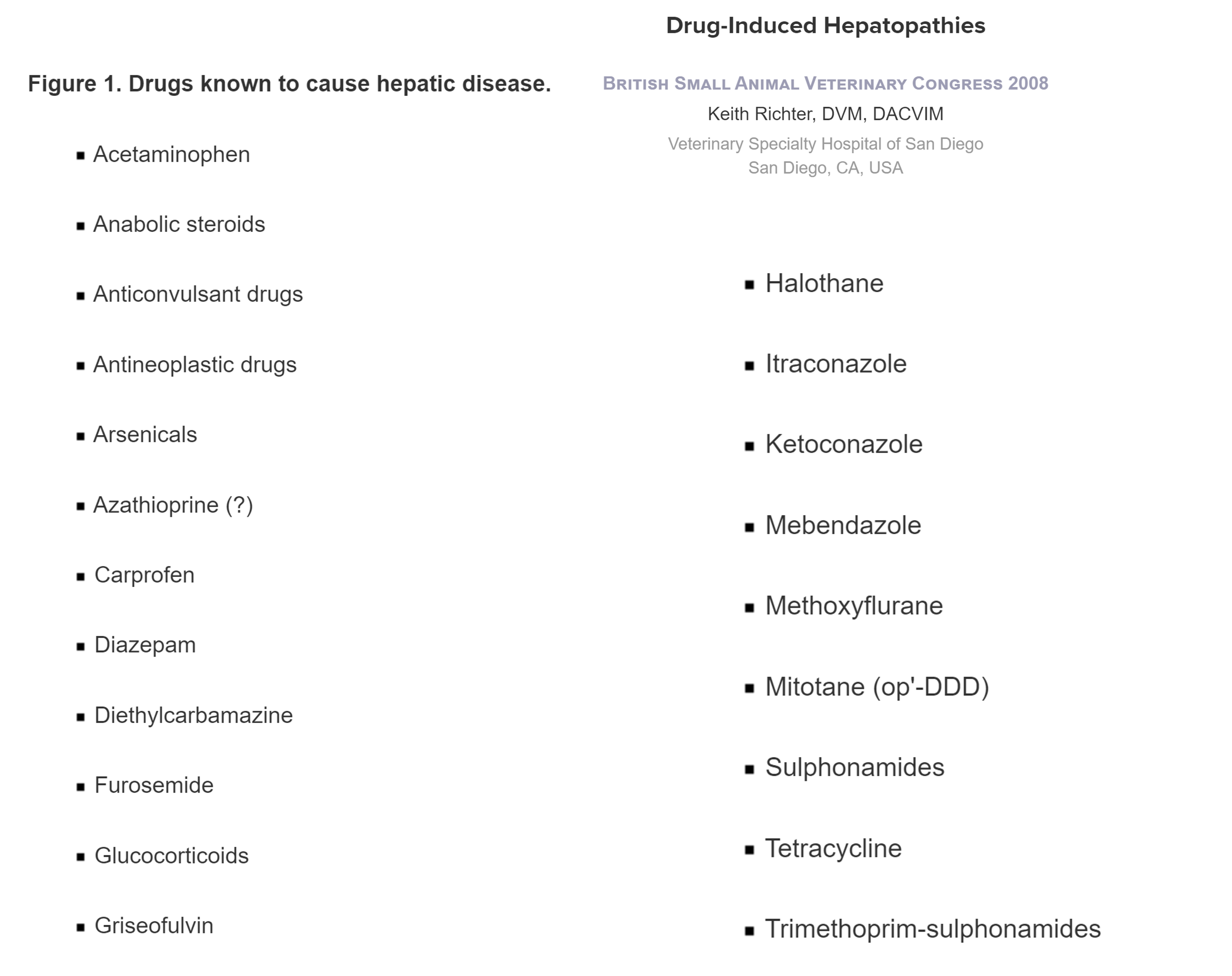 This is why it's so important to provide natural support which helps the liver remain healthy for as long as possible, whenever drugs are given daily.

And this can be done as follows:

The natural botanical extracts in this remedy (which include milk thistle), gently and effectively aid liver function.

The nutrients in this supplement have been shown to protect the liver against free radical damage (which is common when inflammation occurs) and also oxidative stress (caused by impaired blood flow). They also support tissue regeneration and repair.

Use regularly as part of a pet's natural health care regime, the remedies in theNatural Worm Control and Detoxification Support pack, aid the removal of waste products and drug residues from the body.

These products are safe to use indefinitely, and alongside any drugs prescribed by a vet.